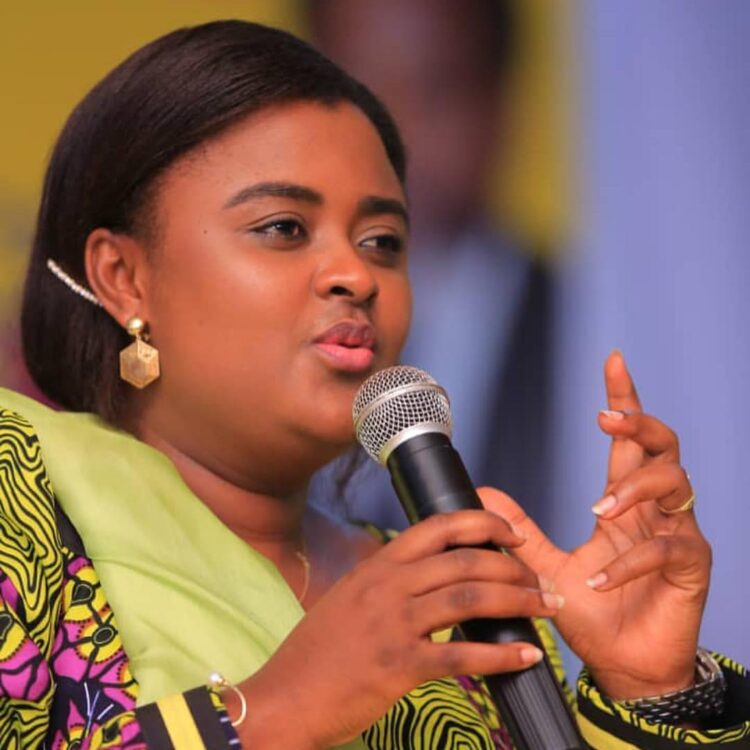 Francine Muyumba is the Senator of Democratic Republic of Congo (DRC) [Photos: Instagram]

Francine Muyumba, the Senator of the Democratic Republic of Congo (DRC) yesterday demanded an unreserved apology from Deputy President, William Ruto following the remarks he made about the Central African nation on Monday while in Nyeri. Dr. Ruto was speaking to micro, small and medium enterprise owners when he joked that the country did not have a single cow within its borders and as such imported dairy commodities from other nations.

Muyumba, castigated the DP on Twitter labeling his remarks as an insult to the nation while urging Ruto to take back his utterances. She similarly highlighted how Kenyan businesses such as Equity Bank and local carrier KQ are prospering in DRC’s market.

Many did not know her until yesterday when she uploaded Ruto’s video on her Twitter that has since caused a widespread uproar over what appears to be a diplomatic mistake. Francine Furaha Muyumba is a Congolese activist and politician serving as Senator in the Senate of Congo.

Previously, she served as the president of the Panafrican Youth Union, the official youth body of the African Union from November 2015 to April 2019. She is 34 years old and a 2011 graduate of Bachelor of Arts honors degree from the University of Namibia.

She has been a peace advocate both locally and globally. In her role, Francine Muyumba advocates for youth entrepreneurship and youth job creation to support peace and stability on the African continent.

She has also advocated on behalf of African youth to UN Secretary-General Ban Ki-moon. Being the first Pan African Youth Union president, since the creation of the organization in 1962, Muyumba has had the privilege of speaking at the UN General Assembly.

In March 2019, Muyumba was elected to the Congolese Senate by the provincial assembly of Haut-Katanga. At the age of 32, she was one of the two youngest persons elected to the body.

She lives in Kinshasa, the Democratic Republic of Congo. In July 2019, she married a longtime partner and spokesperson of Congo’s former ruling party, Patrick Nkanga, in a traditional wedding in Kinshasa. The photos were exclusively sourced on her Instagram page and we do not own any copyright over them.