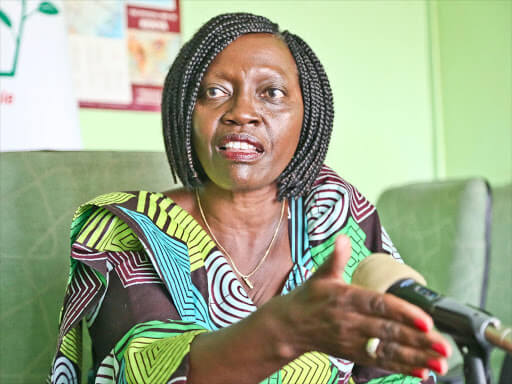 Former Gichugu Member of Parliament and Narc Kenya leader Martha Karua has accused Wiper and KANU parties for betraying other political parties in the collapsed One Kenya Alliance (OKA).

Speaking to NTV Monday night, Karua said the signing of OKA-Azimio deal behind her back was the end of the alliance that Kalonzo Musyoka, gideon Moi, Cyrus Jirongo are part of.

The four parties had just signed an agreement to approach any coalition talks jointly, only for Wiper and Kanu to shortchange them and joined Raila’s Azimio la Umoja a day later.

“OKA was our collaborators with the sole purpose being negotiating together meaning, we were to talk with other formations together. However, our colleagues entered another agreement during the Azimio National Delegates Conference (NDC). In other words, the purpose of coming up with OKA collapsed that particular day,” she said.

Martha Karua, however, clarified that she didn’t have bad blood with OKA principals and insisted they can still work together.

“We are still friends because even before that signing, we were still working together. Yes, individual parties parted ways with OKA but we can still work together. There is no deadline for people to work together. Even those of our colleagues whom we were with in OKA, we can still walk together in this journey without any agreement,” she added.

The Kirinyaga gubernatorial aspirant cleared the air on joining any of the two political outfits; Azimio la Umoja and Kenya Kwanza. She maintained that there is still time for negotiations.

““Every presidential candidate will explain to you all that s/he is able to do but it cannot happen without money or without safeguarding public resources. Seeing patriotism and people who can be trusted,” she explained.