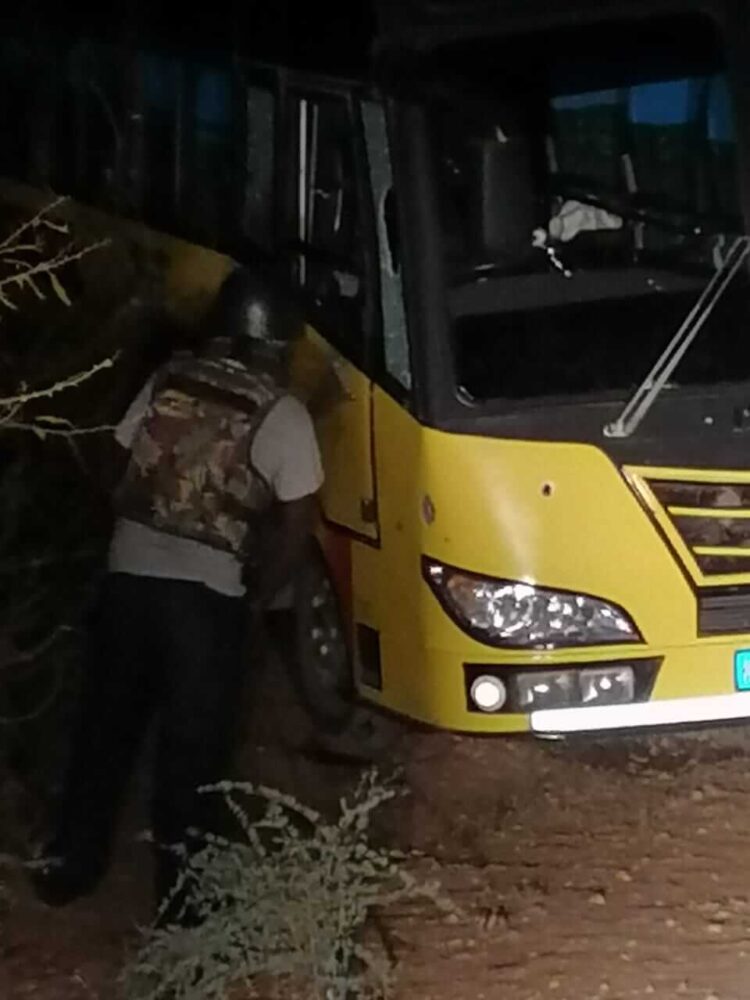 Matiang’i is of the opinion that the busses not reaching school as stipulated by law is the cause of the attack.

Speaking on Friday during the assessment of the national exam preparedness in Nairobi, CS blamed the school principal for negligence saying the bus should be at school before 6:30PM.

“The attack we had on the school bus last night ought not to have happened in the first place. That school violated the school policy of moving children beyond 6 pm. The attack took place at 10:30,” he said.

‘The rule is that no bus should move beyond 6.30 period, and we must implement that rule. It doesn’t matter who is in it. If a bus is out beyond 6.30, it should go to the nearest police station and it should stay there,” he added.

On the issue of taking a punitive measure against the school principal, Matiang’i agreed that he will be arrested.

“I agree with the Inspector General of Police that we will arrest that principal and he will be prosecuted for violation of public policy,” he said.

This move has been faulted by a section of Kenyans led by Elgeyo Marakwet Senator Kipchumba Murkomen citing the insecurity in the country as the problem.