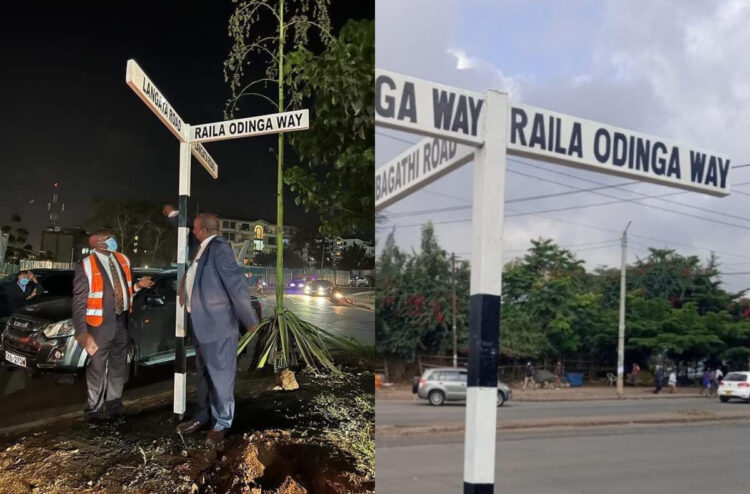 The signpost is located along Langata Road and becomes the fourth road to be renamed in 2021 in Nairobi County.

Initiated by Minority Whip Peter Imwatok, the motion was to celebrated deserving leaders while they are still alive and when not dead.

Imwatok wanted Raila Odinga to be rewarded for what he said he has greatly improved the democratic and economic development of Kenya.

Kenyans on social media lauded the gesture that the government was showing ODM leader and that he deserves even more.

Activist Boniface Mwangi said that Raila deserves to be named after an airport because he went to prison for 10 years fighting for democracy.