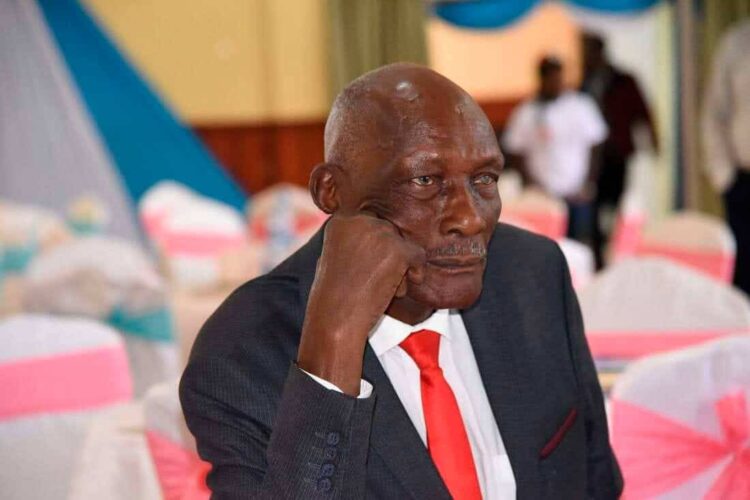 According to reports from the family, Mzee Kibor succumbed to a long illness on Wednesday at St. Luke’s Hospital in Eldoret.

Mzee Kibor was admitted to the Intensive Care Unit for some time before doctors confirmed his death on Wednesday. He died at age of 87.

Kibor death comes after lenghty illness that saw him use oxygen since 2020 when he contracted Covid-19. He had an oxygen cylinder at his home and another in his Prado vehicle for use whenever he wanted to visit Eldoret town for treatment or business.

He was recently admitted at St. Luke’s Hospital where doctors confirmed his two kidneys had failed.

Kibor was a popular man among Kenyans because of his role in Men’s conference where he assumed chairmanship and was famed with counselling young men.

Apart from his role, the wealthy farmer also hit headlines after divorcing his wife of 50 years and numerous battles with his children who wanted to control his vast wealth.