Morocco Mourns the Death of Rayan, Child Who Was Trapped in Well 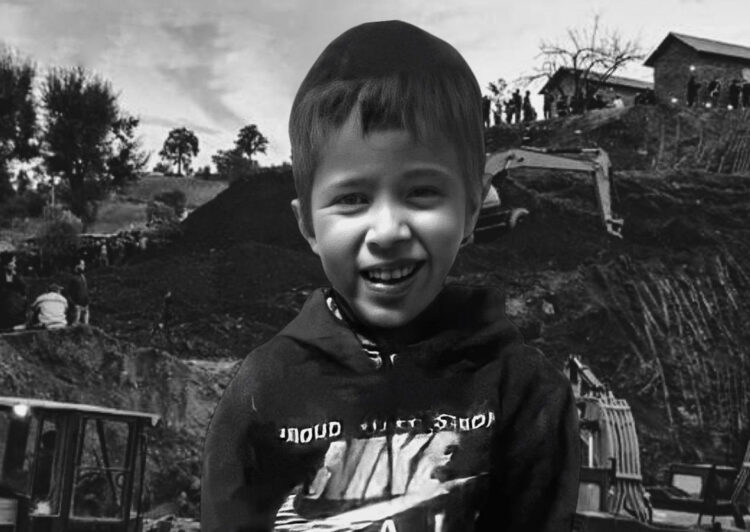 Rayan fell into the well in the northern hill town of Bab Berred on Tuesday and his plight gripped the whole of North African country.

Morocco has been thrown into mourning following the tragic death of a 5-year-old boy,  Rayan Oram. The agonizing vigil that lasted for four days with tens of thousands of people around the world watching the efforts to rescue him from a well did not bore any fruits but locals say just as they were united in hope, they are still united in grief.

Rayan fell into the well in the northern hill town of Bab Berred on Tuesday and his plight gripped the whole of North African country. More than 100,000 people were monitoring one of the livestreams that showed the trench where the rescuers, working day and night, were digging by bulldozer and by hand. Thousands more followed along on social media, not only Moroccans but from the Francophone region.

On Thursday, a camera that rescuers had lowered into the well appeared to show Rayan moving, but by Saturday afternoon, when rescuers had tunneled to within inches of where the boy was stuck, the authorities went quiet about his condition. At one point, they said they could not assess his health because he was lying on his side in such a way that it was difficult to see him. Later, they refused to describe what they were seeing at all and as the hours passed with no official word on Rayan’s status, it became harder to avoid the question of whether he was still alive or not, the diggers were still digging anyway.

The rescue workers had initially tried pulling him up from the 100-foot well where he had fallen on that very afternoon of the incident. But fearing the shaft’s walls would collapse, they switched tacks and bulldozed a trench next to the well, they then tunneled horizontally from the trench towards the bottom of the well, shifting course when they hit a barrier of solid rock. All Saturday afternoon, rumor had it that the rescuers were about to break through — that they would have their hands on Rayan within two hours, or at any moment — only for the tunneling to go on interminably as they hit obstacles.

Cheers of joy broke out around the well at 9 PM on Saturday. Hundreds of spectators and rescue workers that had gathered over the course of the week, some even sleeping under trees as they kept vigil, celebrated as they Rayan was getting pulled out. They huddled tightly around as they carried him to an ambulance, making it impossible to tell whether he was alive or dead.

Minutes later, it was confirmed that Rayan had passed on through a statement published on state-run media. Rayan’s father told reporters he had been in the process of fixing the well when Rayan fell in. His mother said the family had searched the area when they noticed he was gone, not at first suspecting he had tumbled into the well. The incident has sparked an outpouring of sympathy on social media with thousands of people from across the world sending their condolences messages.