Moses Kuria Speaks After DP Ruto Visited Him in Dubai 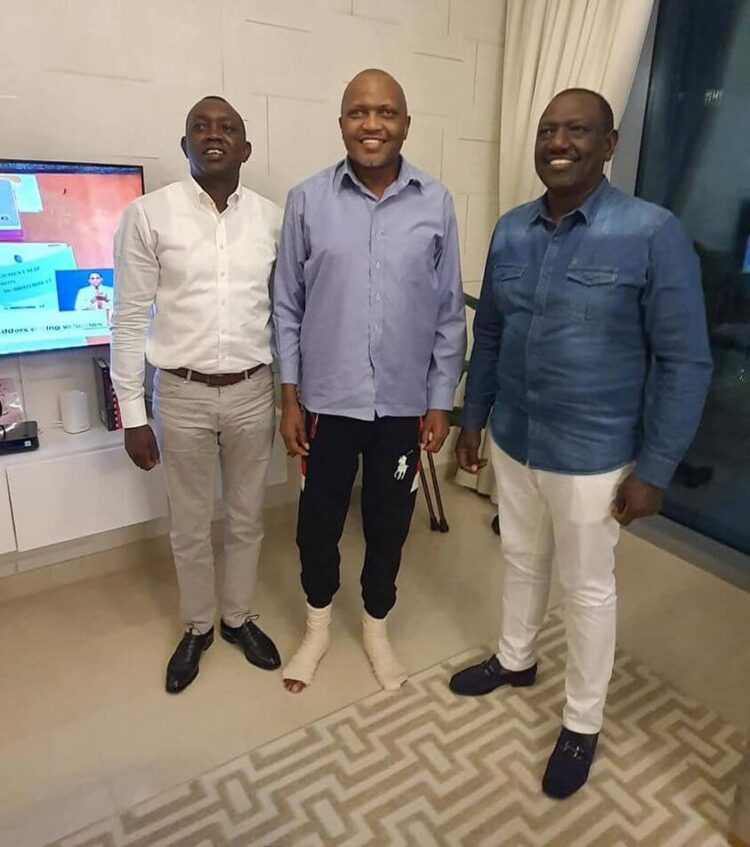 Gatundu South Member of Parliament Moses Kuria who is recuperating in a hospital in Dubai after experiencing third degree burns on his leg has broken his silence after meeting Deputy President William Wuto.

DP Ruto sneaked out out the country and his whereabouts was revealed Thursday night after speculations that he was sick days after conspicuoulsy missing in United Democratic Alliance (UDA) rallies.

The rallies that are now fronted under Kenya Kwanza Alliance bringing Musalia Mudavadi’s Amani National Congress (ANC), UDA, and Moses Wetangula’s FORD-K party have been going on for weeks now after starting off in Nakuru after Bomas declarion, Earthquake.

It has now been revealed that DP Ruto is in Dubai for business and he visited ailing MP. DP was in the company of Kapseret MP Oscar Sudi who happens to be his closest ally and confidant.

“Today I was visited by H.E the Deputy President William Ruto and Kapseret MP Oscar Sudi in Dubai. I updated them on my recovery progress,” he said.

the Chama cha Kazi party leader also hinted on a thanksgiving rallly in Thika where he invited DP Ruto.

“I formally invited them to join me and all Kenyans during the February 19th thanksgiving prayer day in Thika,” he added.

This means that Kuria could be coming home soon after spending a better part of his December and January in Dubai.