Moses Kuria Warns Azimio Team Over Plan to Block Livestreaming of August Polls, “You Will Cry in Toilet” 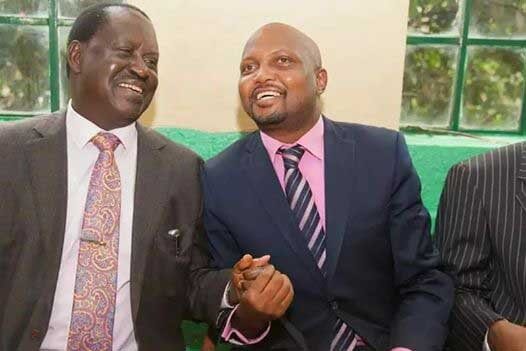 The Bill sponsored by the government was tabled in the National Assembly on Wednesday and also seeks to have the decision of the High Court on an appeal on the election of a Member of the County Assembly (MCA) to be final.

The Amos Kimunya bill has irked many with now MP Kuria warning the Azimio team to reject it like they did it 2016.

“In 2016, I was a member of the 7-A-Side 14 member Kiraitu-Orengo bicameral team that worked to reform the IEBC and Elections Act after Machozi Monday riots. I strongly stood for electronic transmission of Presidential results and electronic voter identification that some top honchos in government and Jubilee suspected I had been brainwashed by the NASA side,” he said.

“I found myself soo much in agreement with James Orengo, Junet Mohammed (Especially!) Eseli Simiyu, Mutula Kilonzo Jnr, Boni Khalwale, Johnson Muthama and Mishi Mboko than my Jubilee colleagues Jimmy Angwenyi, Sen Eng Mahmud, Naomi Shaban, Beatrice Elachi, Kipchumba Murkomen and Kiraitu Murungi when it came to the question of use of Technology in our elections,” he added.

Kuria also said that the proposed bill by Kimunya is a recipe for chaos as he warned Junet Mohammed and his ODM team to reject it before it is too late.

“I was there in 2007. I was there through Kriegler. I can say without fear of contradiction that the Amendments proposed by uprooter Amos Kimunya are a recipe for chaos. I will oppose. I urge Junet Mohammed to lead the Azimio team in opposing just like he did in 2016. Otherwise you will cry in the toilet thinking you are fixing others . Utanikumbuka,” he stated.

Legislators allied to DP Ruto have already come out to claim the bill is set to be used to rig elections because of media blackout.