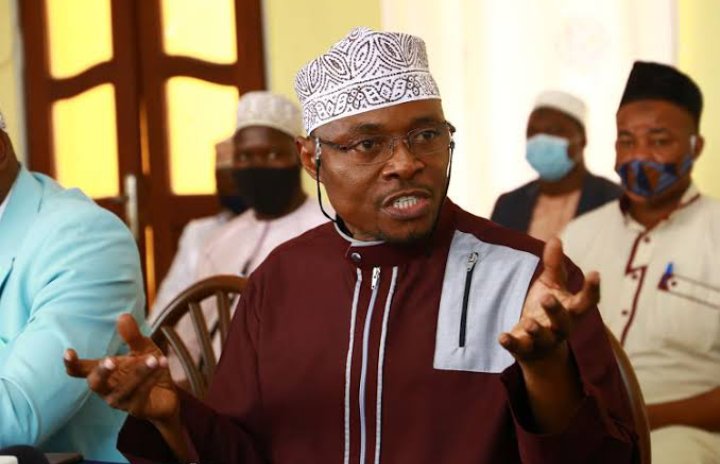 Raila Odinga who has arrived at the event alongside wife, Ida Odinga, is expected to make his big announcement today, something everyone across political divide is waiting.

The eventful day started with blessings of rains but it did not hinder supporters from flocking the stadium as early as 7 in the morning.

At some point, some supporters threatened to invade the field and ran battles with security officers.

As the event started, one of the religious leaders offering prayers ignited mixed debates after making controversial remarks in his prayer.

Sheikh Juma Ngao rubbed Ruto’s followers the wrong way after asking God to keep murderers and corrupt away from power, a direct attack on DP Ruto.

He also asked God not to give leadership to those who kill people in church, something that has been linked to Kiambaa church massacre.

“Those are corrupt, killers, they burn even chirches. Giving them leadership is destroying Kenya. bless Raila, bless Kenyans, bless Kenya and in your Grace we pray that you bless us,” he prayed.

Juma Ngao from Mombasa is a well known ardent supporter of ODM boss.

This has been seen by Tangatanga wing as to be on a bad taste while those supporting Raila okay the remarks.

F1 Novice: I need my Muslim brothers to condemn the hateful prayer by Sheikh Juma Ngao at the #AzimioLaUmoja event today. As a spiritual leader his role is to unite us. Bringing up UDA in Baba’s event is just distasteful.

Gabriel Oguda: William Ruto has been calling Luos vile names in all his political rallies but when Sheikh Juma Ngao asks God to save us from those burning people in churches you suddenly want to pretend that you care for foul language? Pretenders are worse than murderers.