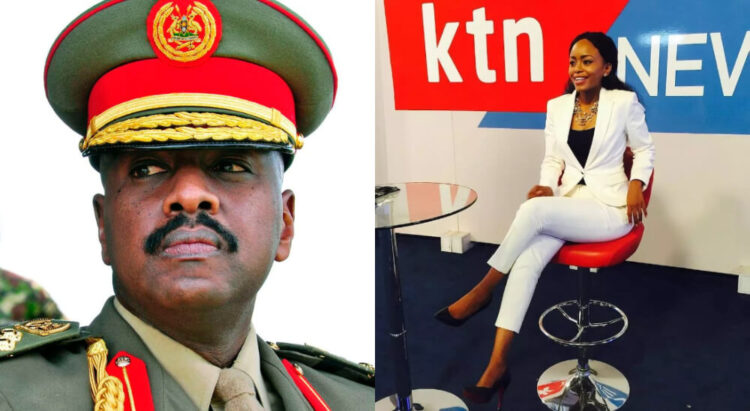 In an show dubbed One on One with Museveni, KTN News presenter Sophia Wanuna held talks with long-serving President about his tenure and relationships with East African member states.

During the interview, Museveni apologised to Kenyans for his son’s explosive tweets and promised that the two countries will enjoy ties that has existed for decades.

Asked if he can gag his son or strip his powers, Museveni said Gen Muhoozi has made tremendeous contributions to his governemnets and his ‘evil’ deeds cannot outdo good deeds.

Responding to the interview, Muhoozi attacked Sophia Wanuna saying he cannot be banned from anything as he continues tweeting explosive and thought-provoking tweets.

“I hear some journalist from Kenya asked my father to ban me from Twitter? Is that some kind of joke?? I am an adult and NO ONE will ban me from anything,” he tweeted.

Netizens on Twitter have, however, come to terms with his behavior and many do not take him serious anymore on such issues.