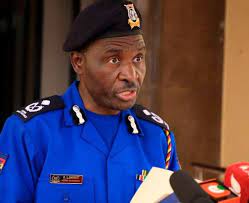 Police spokesperson Bruno Shioso has dismissed a warning alert from European countries that there is a possibility of a terror attack in Kenya this weekend.

Speaking to a local station on Friday 28,2022, Shioso said the National Police Service (NPS) has not received any reports from any foreign country warning on an attack.

Shioso was responding to a statement from Germany and France embassies to the nationals who are in the country to be careful ahead of the weekend.

France warned its citizens to avoid public areas and crowded places it is deemed as possible hotspots.

The German embassy has also issued a warning that over the next few days its citizens in Kenya should pay special attention when out in public and be alert.

The places that the foreigners have been warned to avoid includes hotels, restaurants, leisure spots and commercial centers in the Capital, Nairobi.