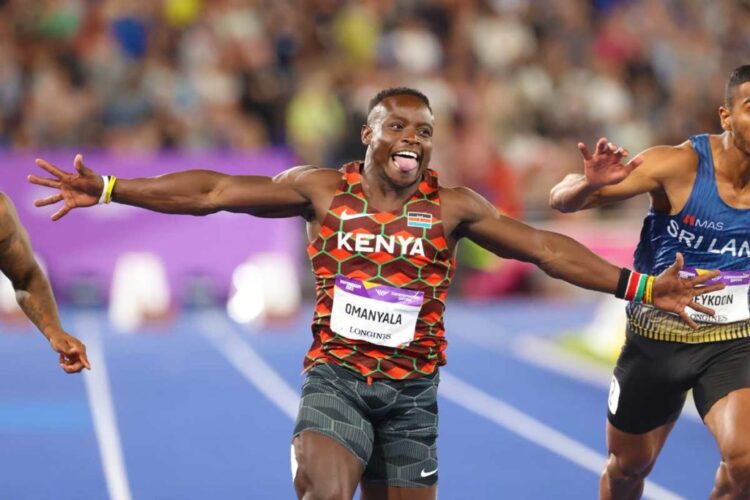 Ferdinand Omanyala did Kenya proud as he won the 100m men’s race in a time of 10.02 seconds. He is now the first Kenyan to win the race in over 60years.

Omanyala requites himself from the World Athletics Championships results. He is now the Commonwealth champion as well as African record holder.

He has also taken the title from the reigning champion Akani Simbine from South Africa who came in second with a time of 10.13 seconds winning the silver.

Omanyala led the race from the beginning with Simbine behind him. He kept increasing the pace till he crossed the finish line with a broad smile on his face knowing the gold was his.

“We’ve been working on this since the beginning of the year, thanks to my team the gold has come to fruition. It’s no longer a dream but a reality.” Omanyala stated.

Omanyala is now the eighth fastest man of all time with a time of 10.02 seconds.