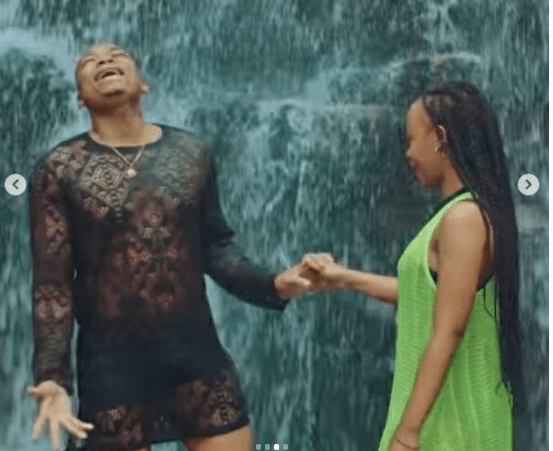 Otile Brown is among the best musicians in Kenya with the highest subscribers on YouTube for a single artist.

His sense of fashion is not something to joke with, thanks to his stylists who make sure he looks perfect in music videos.

Otile Brown has been featured in a new song by Burundian singer, Sat B.

The song ‘Hug Me’ which has garnered over 50K views had Kenyans jamming to it. However, his outfit caught the attention of many.

He is seen in a black outfit that looks like a dress, something that netizens claim, is going overboard.