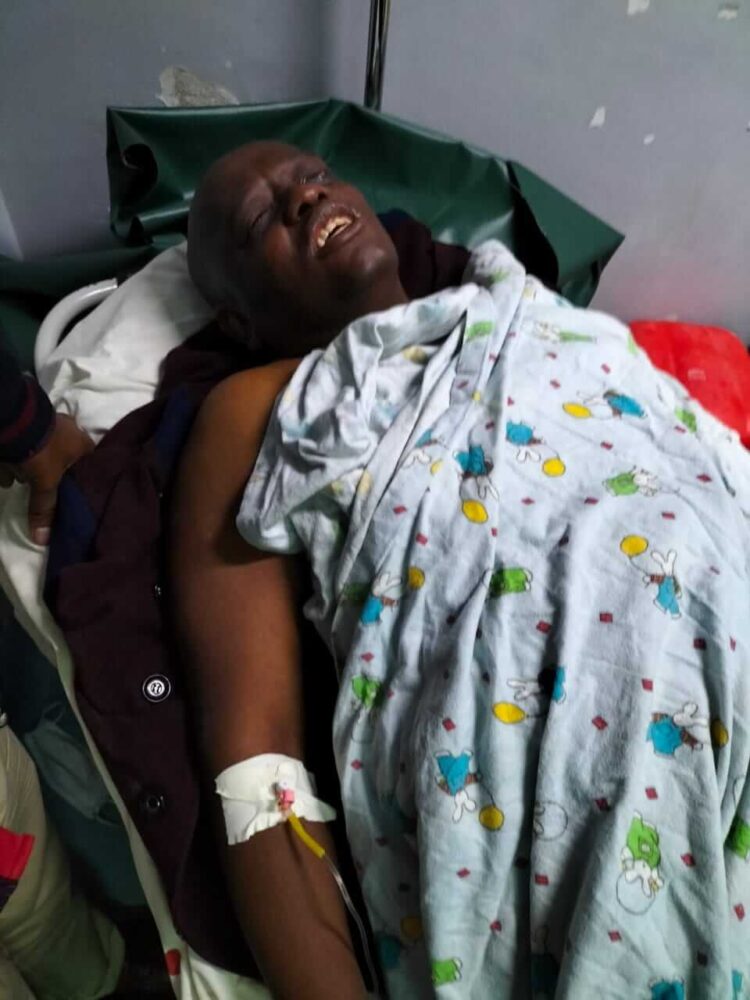 Dennis Itumbi was Wednesday abducted by unknown men while getting a hair cut and was later released Friday morning near Luckysummer area having been tortured.

Sharing the news, his brother, David Itumbi, posted gory photos of Itumbi in hospital bed and explained the whole ordeal.

“My brother has been badly beaten. We thank God that he is alive. On his own account, he was arrested by police and beaten and tortured. Please pray for his recovery. Thank you for your many prayers and support,” he said.

Addressing the allegations, National Police Service spokesperson Bruno Isohi Shioso said the incident is under investigations and called on the public to help with information.

“A report of alleged abduction of Mr. Dennis Itumbi was reported at Thindingua Police Station Post vide OB 10/23/12/2021 AT 1540 HRS. Police have since launched investigations with a view to the circumstances surrounding this incident,” Bruno stated.

Politicians allied to DP Ruto have condemned the incident calling on the government to hasten the investigations and bring the abductors to justice.

Elgeyo Marakwet Senator Kipchumba Murkomen criticized the security forces for being behind the abduction. He added that politics should not be done in that manner.

“Glad to see our brother iTUMBI alive. Sad to see him in such pain. Hopeful that he will bounce back stronger. Appalled that Police officers who should be protecting him harmed him. May his tormentors who are enjoying power never know peace. Politics shouldn’t be done this way,” he tweeted.

former Kakamega Senator Boni Khalwale joined his UDA team in condemning the incident in which he said is, “Completely unacceptable. Barbaric! Animals”.