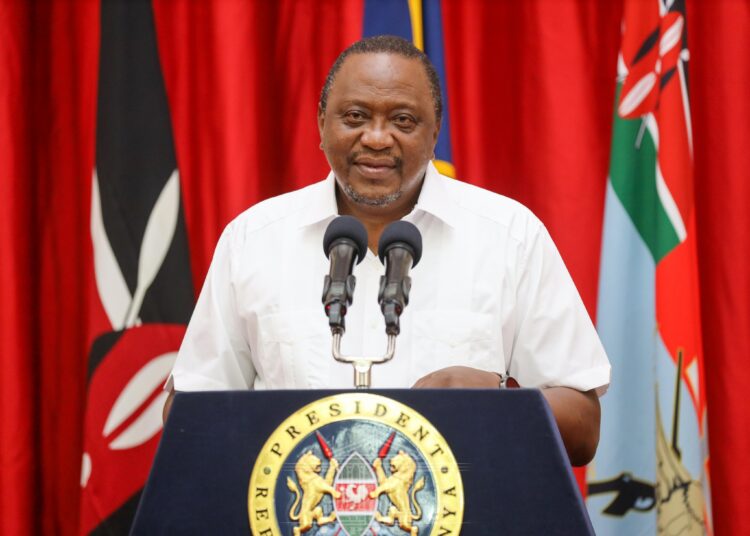 President Uhuru Kenyatta on Monday reiterated Government’s determination to end Gender-Based Violence (GBV) and urged Kenyans to support efforts by the various state agencies. In his pre-recorded video message for the opening session of the Agnes Tirop Gender Conference at a hotel in Kwale, Kenyatta said his administration had allocated adequate resources to GBV response initiatives.

“The government has committed financial and human resources towards GBV research and innovation, to facilitate the designing and implementation of GBV response programs.

“Resources have been allocated towards providing GBV medico-legal and psychological support services to survivors as well as strengthened existing partnerships with non-state actors on anti-GBV measures,” the President said.

Alongside resourcing, the President said the Government had put in place progressive policies to promote gender equity as well as empower women and girls to fully participate in the socio-economic transformation of the country.

“We have made strategic investments in our education system to keep girls in school as well as robust socioeconomic initiatives to increase women’s control of their productive and financial assets,” he said.

The three-day conference, named after the late Kenyan athlete Agnes Tirop, has brought together sports stakeholders to deliberate on recommendations made by a 9-member ministerial committee chaired by legendary marathoner Catherine Ndereba on the wellbeing of Kenyan sportswomen.

In her remarks, Sports CS Amina Mohamed said her ministry’s decision to form the Catherine Ndereba-led committee was triggered by the growing number of GBV cases involving sportsmen and women.

She said the committee’s mandate included the audit of women’s inclusion in teams and federations management, examination of existing challenges and opportunities for corrective action as well as to conduct an analysis on discrimination and abuse in the sports ecosystem.

“It is our solemn duty as sports stakeholders and leaders in positions of influence to hold hands, put our heads together and figure out how we can end GBV in sports, because ultimately when the dust settles and the chips fall, we shall not be judged by what we wanted to achieve, but what we actually achieved in the quest for gender parity,” CS Mohamed said.