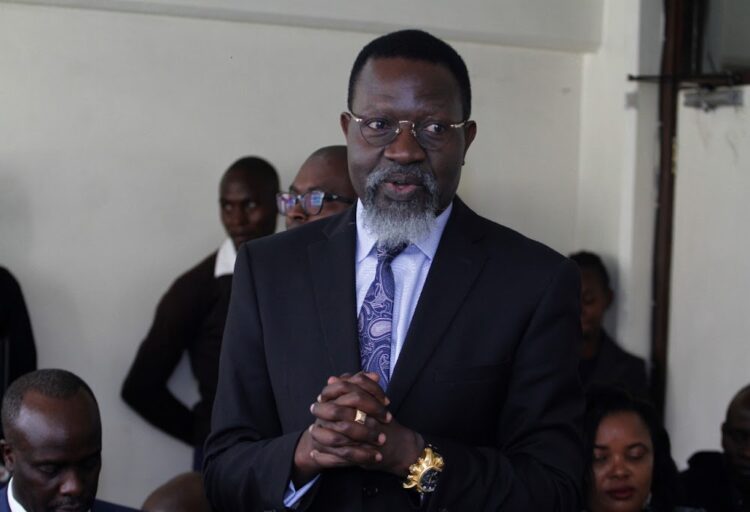 Wajackoyah is a holder of LLB (Hons) from the University of Wolverhampton (UK. [Google Photo]

Roots Party Presidential Aspirant, Prof. George Wajackoyah, has promised to legalize marijuana in Kenya if elected Kenya’s 5th president in the coming August 9 elections. Speaking on Thursday, January 27 in a televised interview with a local station, the professor of law claimed the farming of the Cannabis sativa would bring so much fortune to this country in terms of its export sales, employment opportunities for the youth in Kenya, and medicinal purposes it will serve.

“Our business will be to plant marijuana and export it to those who use it outside Kenya. This will enable us to get revenue which we can use o develop our country economically,” he stated.

“We need to create employment opportunities for our people and the growing of marijuana will go a long way in achieving this. The problem is that we have been indoctrinated to view it [bhang] from a negative perspective. If you go to Denmark, they use it for medicinal purposes,” the professor at the University of Nairobi added.

Wajackoyah who is a holder of LLB (Hons) from the University of Wolverhampton (UK) among other very rich academic qualifications,  pointed out the current legislation that favors the farming of marijuana in some American states while condemning leaders opposed to its farming.

“Some leaders are opposed to marijuana saying it is bad yet some of them steal public funds and take advantage of the poor people in the society. When other people do something wrong you are the first to point it out yet you are also doing the wrong thing. We need to move away from this,” Wajackoyah said.

Marijuana is classified as a narcotic drug in Kenya and the law dictates that anyone found using or selling the drug faces imprisonment of not less than 20 years.