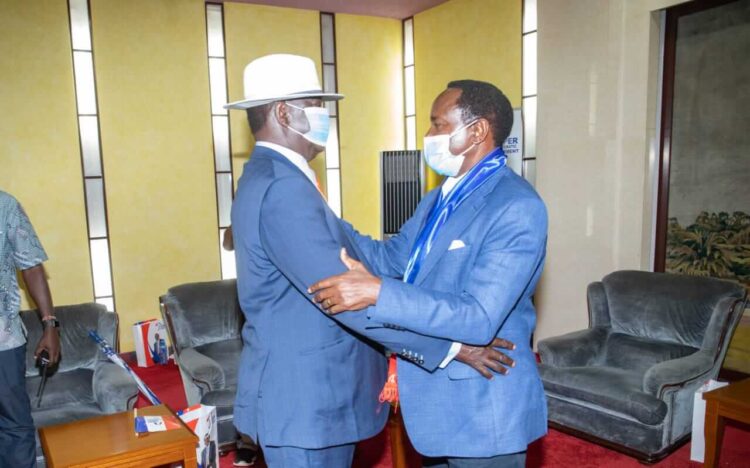 Habari Leo has learnt that the two former NASA chiefs are now negotiating for an alliance being brokered by President Uhuru Kenyatta.

Kalonzo in the deal, did not leave out his One Kenya Alliance (OKA) principals and wants Raila Odinga to include them if they will come into an understanding.

According to Daily Nation, President Uhuru Kenyatta has had two closed door meetings with Kalonzo and Raila persuading them to join hands against Deputy President William Ruto in August polls.

The second meeting at State House was conducted Tuesday evening where Kalonzo, Raila, and their close allies attended.

According to a source, Kalonzo Musyoka wanted to know what was in store for him in the deal as he asked Raila to support him instead.

This is not the first time L=Kalonzo has been hitting at ODM boss asking him to support him since he has shown his loyalty in two consecutive elections (2013 and 2017).

“The discussions were thorough. Kalonzo wanted to know what is in store for him. But at the end they agreed,” the source said.

This now means that Kalonzo will undoubtfully dodge talks with DP Ruto who has asked him to join the Hustler Nation numerous times telling him he should join the winning side.