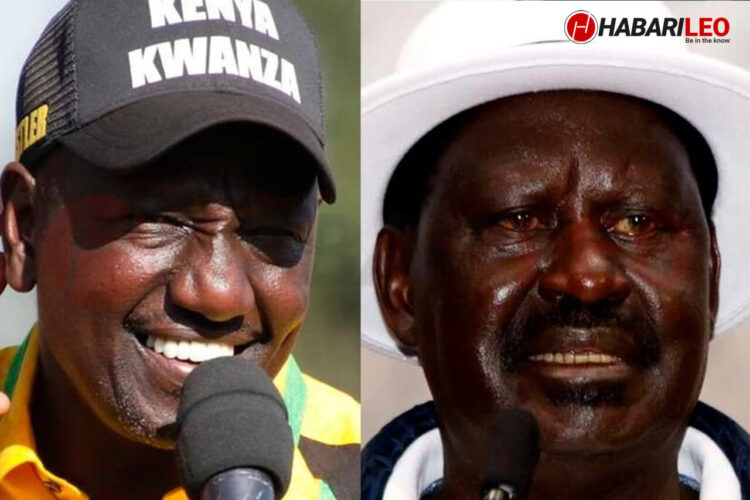 Trend For Insights Africa (TIFA) shows that Raila still maintains the lead with 46.7% while DP Ruto following closely with 44.4% from a sample size of 2,056.

“Compared to the results from Tifa’s June survey, the distribution of expressed voting intentions for Odinga has changed somewhat across the country in that he has gained in all the nine zones apart from Central Rift (-5%), his biggest gains being in South Rift, Nyanza, Western and Lower Eastern. (+15%, 13%, +13 and +12% respectively)” Tifa stated.

Those intending to vote for DP Ruto overwhelmingly mentioned one or another aspect of economic situation most related to growth and cost of living.