Raila Odinga Reveals Next Plan After Death of BBI (VIDEO) 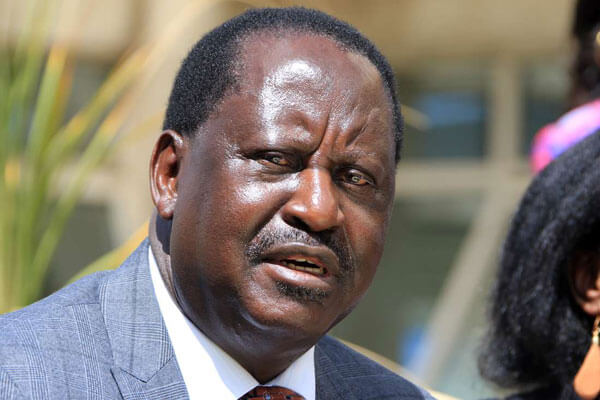 Raila who is the biggest promoter of BBI alongside President Uhuru Kenyatta today received a huge blow after seven-bench judges upheld decision of both High Court and Appellate court.

Talking to journalists while issuing Homa Bay gubernatorial ticket Thursday afternoon, Raila said that the ODM party will give a statement soon.

“Just seen the judgement, we are going to issue substantial statement shortly,” he said.

Asked about the news making headlines today on Ruto’s plan to impeach President Kenyatta with his help in 2017, Raila dodged the question saying his close confidant, Junet Mohammed was arround and was best placed to answer the question.

The cunning Junet laughed off as he asks the journalist to look for him at a later time saying the business of the day was for Homabay.

Raila Odinga today gave Gladys Wanga a direct ticket for Homabay gubernatorial after seven aspirants shelved their ambitions to back her. Former Nairobi Governor Evans Kidero had announced his ambitions for a political comeback in Homabay.