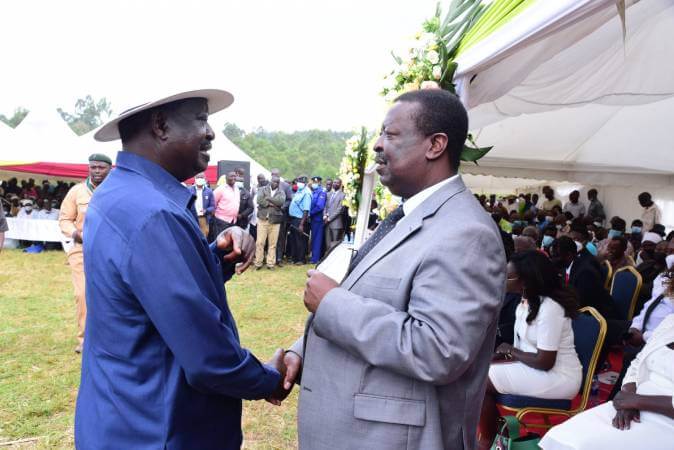 Former Prime Minister and ODM leader Raila Odinga has said that his last bullet is not used up weeks after announcing his fifth stab at the presidency.

While speaking at he the burial of Mudavadi’s stepmother, Raila said that in the previous election, they used Mudavadi’s arrow and not his bullet.

Raila also hinted on reuniting with Mudavadi and asked for support for his Azimio la Umoja approach.

On his working with Mudavadi, he said he is sure he will meet again.

“I know one day our paths with Mudavadi shall cross, so I ask you my supporters leave this issue of Mudavadi to me, we shall have a conclusive talk,” he added.

Raila Odinga and his fierce opponent Deputy President William Ruto have been courting the one Kenya Alliance principals to join their bandwagon with no success.