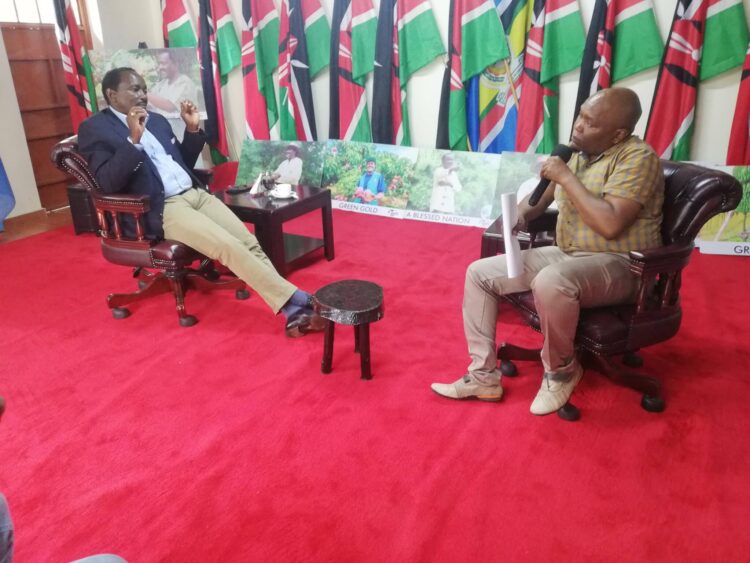 Wiper Party leader and One Kenya Alliance (OKA) principal Kalonzo Musyoka has insisted that he has made the right choice to support ODM leader Raila Odinga.

Kalonzo appearing at Musyi FM Friday morning changed tune on his initial admission that he didn’t know the content of agreement he signed during the KICC meeting.

“The only people who know all the contents of the Azimio – One Kenya Agreement are President Uhuru Kenyatta, Rt Hon Prime Minister Raila Odinga and myself,” he said.

On the One Kenya Alliance- Azimio deal which Raila’s secretariat Makau Mutua said is impossible, Kalonzo now said “Nothing is agreed until it is agreed” on the Azimio – One Kenya Grand Alliance.

Reaffirming his support for Raila Odinga, Kalonzo said he is willing to support ODM leader for the third time.

“Kwa roho safi, I’ve said @RailaOdinga Tosha! for the third time… This time I’ve negotiated well and that is the three legged stool,” he said.

Kalonzo also took a swipe at Mudavadi comparing his party to ANC, which has faced a lot of defections in the recent past.

“Compare @TheWiperParty and what happened to Mudavadi when he shocked even his Party members… I don’t think there’s one left who has yet to defect… My leadership style @TheWiperParty is open & consultative with all,” he added.