by Langat Jacob
in Politics
0 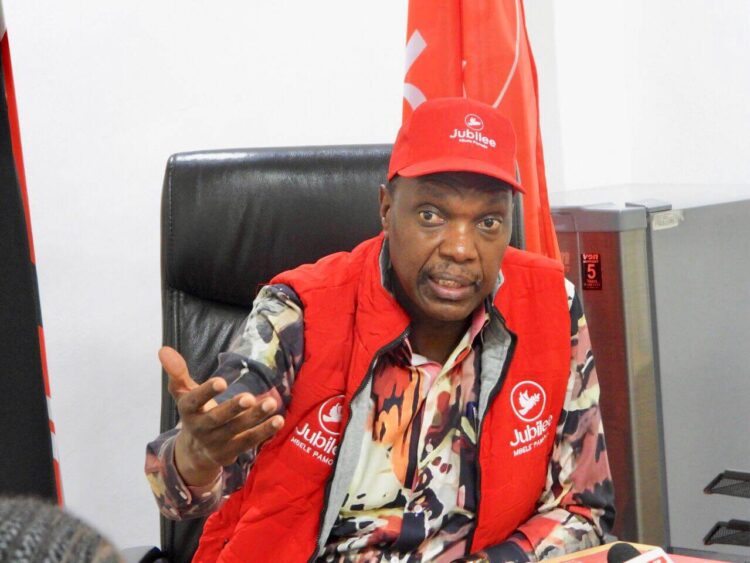 The Azimio la Umoja member Hon Jeremiah Kioni, has once more come forward to assert that Raila Odinga, its candidate for president in the general election scheduled for August 9, 2022, won the election ahead of William Ruto, who was his rival at the time and is currently the President.

Referencing to the report done by a group known as Vanguard Africa, an NGO that partners with pro-democracy leaders across Africa, Kioni asserted that, “59 percent of the constituencies examined showed results that cannot be verified with absolute certainty but again, in the same document, what has been verified so far shows that Raila won the elections with 8,170,355 votes representing 57.53 of the votes cast. Ruto got 5,915,973 votes representing 41.66 pc of the votes cast.”

The report, according to Kioni, purportedly reveals that certain IEBC personnel changed the election results from 144 constituencies to favor Ruto.

“What we have seen in one of the pages is that at one point, 144 constituencies had their results verified and often at times those results are far from the results announced by IEBC,” said Kioni.

Additionally, he argued that the Mt. Kenya region, which has a sizably high voter turnout, was the location of the majority of the alleged electoral malpractices.

When party leader Raila Odinga returns from South Africa, where he is hosting a series of meetings as the AU High Representative for Infrastructure Development in Africa, the Azimio coalition, according to Kioni, will release a thorough report on the findings purportedly compiled by NGO Vanguard Africa.