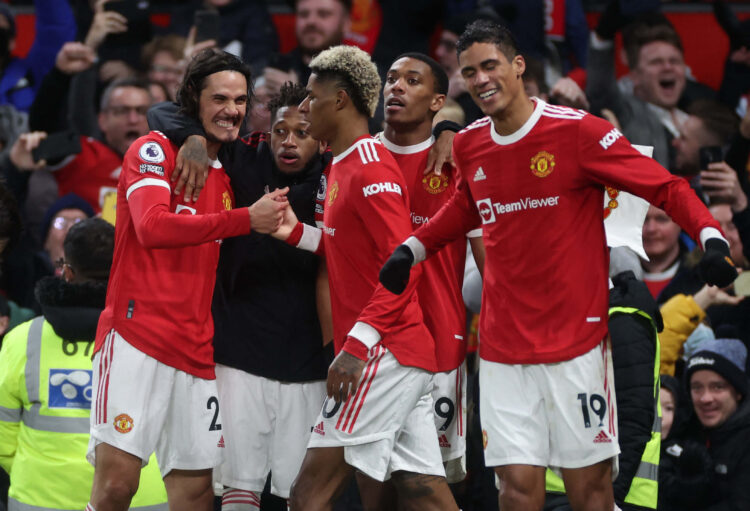 West Ham who stood their ground in the second half with a shot on target and good defense couldn’t hold Man U’s pressure in the 3 minute added time.

There was no much between the two sides but Man U pushed harder in the second half making the game interesting.

Elanga was replaced in the 61th minute by Marcus Rashford who scored in their last game against Brentford.

The energetic Rashford helped his team in pushing harder as Greenwood and Fred were subbed by Cavani and Anthony Martial.

With one game in hand Manchester jumped to the fourth position with thirty eight points, six behind Chelsea. The fight for a spot in the Champions League next season is on.