In a letter, CUE chairman Chacha Nyaigotti Chacha said the commission will give further directions once the investigations are concluded.

The commission had revoked Sakaja’s degree that he acquired from Team university, Uganda.

“That the respondent wishes to confirm to the honourable court that the substratum of this suit being the letter dated June 14, 2022, for which review is sought is hereby withdrawn pending further investigations by the respondent,” he said.

This is good news foe Sakaja who is now waiting for investigative bodies to fasten the investigations.

A letter from the Commission dated June 14, 2022, noted it had received material information about the authenticity of the Bachelor of Science in Management degree.

Elgeyo Marakwet Senator Kipchumba Murkomen has weighed in on the issue saying the members of the CUE commissions should step aside for investigations. 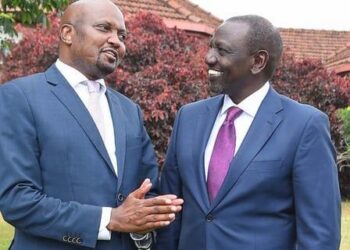 Gatundu South member of Parliament Moses Kuria has opened up on his relationship with Deputy President William Ruto after series...