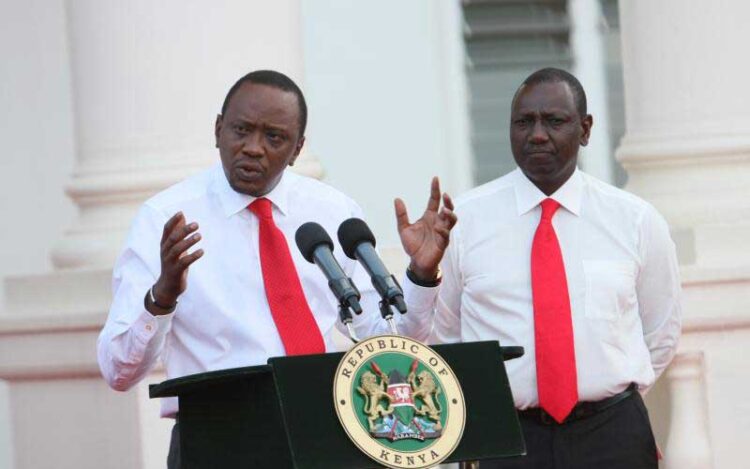 UhuRuto political romance of five years was characterized by among others, wearing same suits, ties and shirts. [Standard Media Photo]

President Uhuru Kenyatta while speaking during the launch of the Annual Universal Healthcare Conference in Mombasa on Monday officially revealed the cause of the disagreement between him and DP William Ruto that eventually ended their political romance of five years that had been characterized by among others, wearing the same suits, ties, and shirts.

During the health event, which was turned into a political platform for attacking Deputy President William Ruto, Uhuru revealed that he differed with his Ruto after he started early campaigns despite his calls for work first and politics later. He said he made a lot of warnings to the DP to focus on delivering on the Jubilee agenda before starting his presidential politics but he refused to heed.

“Niliwambia hii mambo ya kutanga tanga, wakasema niwache wao watange tange. I let them be, what do they want me to say now?” posed the President.

“I told them to help me develop the country first then do politics later, but they bolted out, now politics is here and we are ready to play it,” Uhuru added.

The head of state also announced that he will soon hit the road to campaign for a presidential candidate he believes has what it takes to lead the country ahead of the August 9 General Election. He did not miss to hail the 2018 ‘Handshake’ between him and ODM leader Raila Odinga that he said had created a conducive environment for his administration to deliver on his promises to Kenyans.