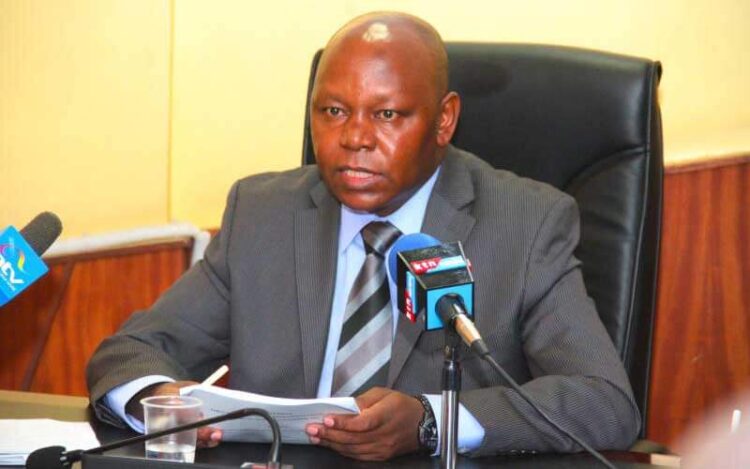 It has emerged that star witness P-0800 in the Paul Gicheru case at the International Criminal Court (ICC) tried reaching out for financial help,

Gicheru’s lawyer, Michael Karvanas, revealed that at some point during the trial, his client received a text from the witness asking him to pay for his uncle’s hospital bill.

“I want to pick up where we left off yesterday and this was concerning your representation that at some point you sent SMS message to Mr Gicheru because of a relative being in the hospital and needing to pay medical bills,” Mr Karvanas said.

Karvanas said that the witness acquired Gicheru’s number from another witness and texted him, but the lawyer did not respond.

On sensing danger, the witness asked Trial chamber III Judge Maria Samba to go into a private session for fear that his uncle and people at his home would identify him.

“I’m not intending to make reference to the names. It is important to get this on record in front of the people in Kenya and around the world. He has come here, he has made allegations. I am well aware of his need for protection,” Karvanas disputed the request.

The witness was also unmasked for having many phone numbers against the regulations given by his handlers.

It is believed the witness has many sim cards of which he said for ‘security reasons’ and he gave his wife the phone he was given by the prosecutors.