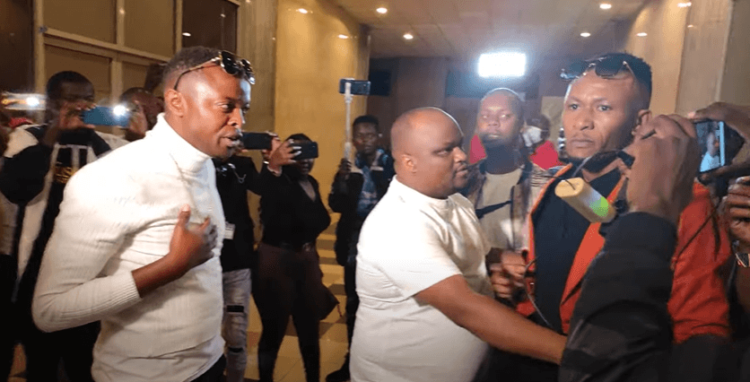 The Sunday night event was among important moments in Size 8’s career as she launched her first ever Gospel album since she was ordained as a pastor.

The event, however, was marred with drama as the ever noisy Ringtone Apoko caused some chaos after he was kicked out of the venue.

He said that musicians are also pastors and they preach through music. He added that he had annointing oil and he is bigger than most pastors.

Drama ensued after Size 8’s husband, DJ Mo, came and whisked him away asking him to leave the event when he was speaking to the press.