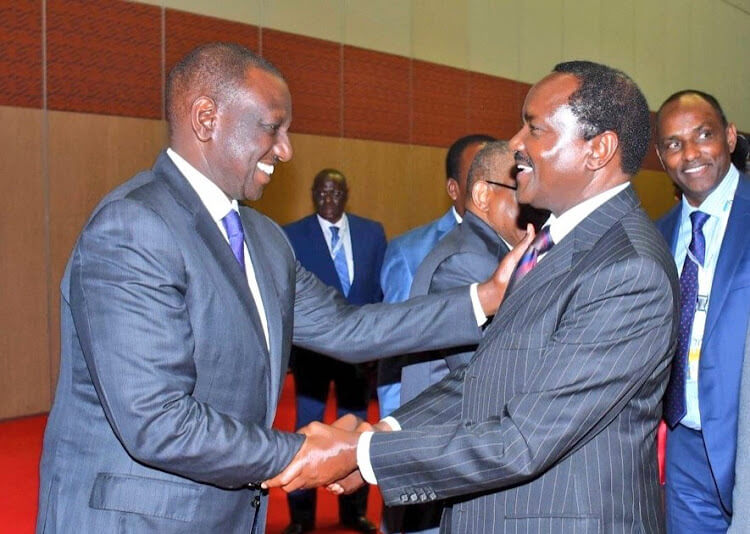 Independent Electoral and Boundaries Commission (IEBC) pushed the need for Presidential aspirants declare their running mates to May 16 and it has not been easy for Wiper Leader Kalonzo Musyoka.

Wiper Boss is of the idea that he is worth the running mate position owing to his rich history in government and even deputising the late retired President Mwai Kibaki.

Kalonzo has been taking ODM leader Raila Odinga head on saying he is the right choice. But according to sources, the former Prime Minister prefers Martha Karua.

Today, Azimio la Umoja- One Kenya Alliance is scheduled to interview applicants who want to deputise Raila in August polls. Kalonzo had hinted that the move is demeaning and he will not show up.

DP Ruto joined the conversation and criticised the move calling it, ‘impunity’.

“Though we are competitors,to subject HE Kalonzo to some humiliating ‘interview’ is impunity. We must unite to eliminate the culture of political deceit, the hallmark of some politicians. Whatever the circumstances every leader deserves some dignity and respect. Heshima si utumwa,” he said.