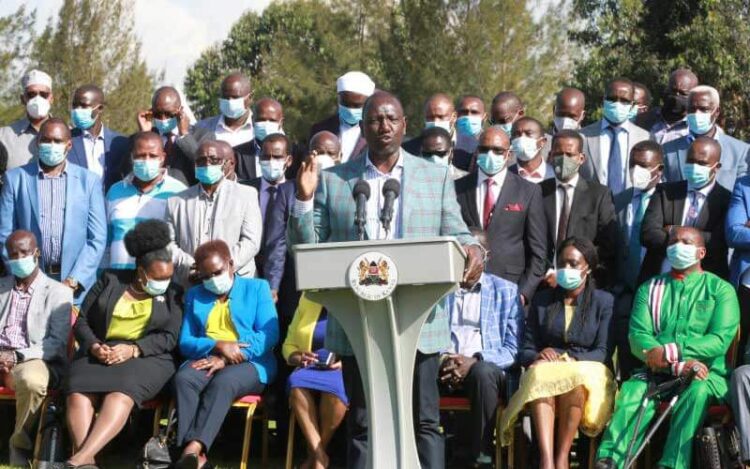 In his declaration, President Kenyatta said Raila Odinga is more fit than his Deputy whose’ tenure as the second in command has been marred with massive corruption, including the looting of Ksh3B set for Arror and Kimwarer Dams.

Kenyatta added that the millions being given to the church daily is stolen money and preachers should stop lying to Kenyans.

But now DP Ruto’s camp has refuted claims that Uhuru’s government has been the best in all the governments that came before.

Nominated Senator Millicent Omanga said that the Sagana Declaration was meant to attack DP Ruto other than sending an agenda to Kenyans.

“So #SaganaDeclaration was a moment to malign, attack and madsling the deputy president?” she asked.

Kikuyu Constituency member of Parliament Kimani Ichungwah disagreed with Kenyatta for saying Agriculture CS Peter Munya brought sanity to the ministry under one year. The same ministry was led by DP Ruto during the Nusu Mkate government.