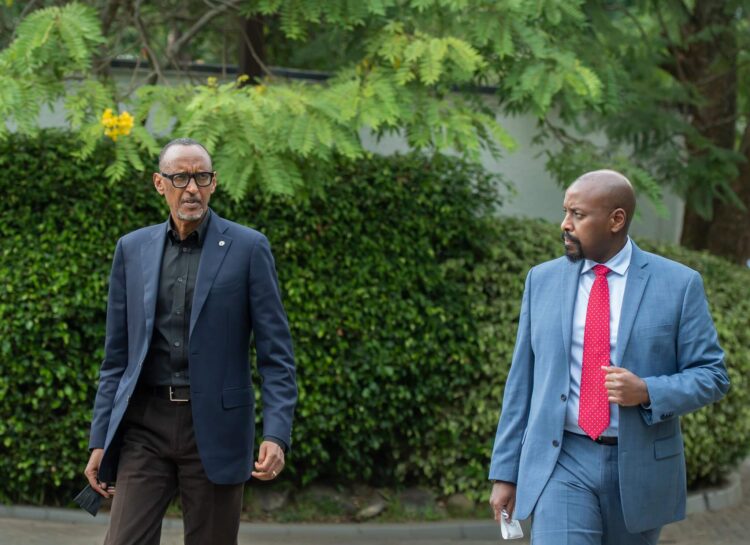 The government of Rwanda has finally agreed to open one stop border post, Gatuna, bordering Uganda after three years.

The border was closed in February 28, 2019 after Rwanda accused Uganda of targeting its innocent citizens living in Uganda and dumping them by the border.

The strain relationship that saw Rwanda closing its borders could be a thing of the past after Museveni’s son and his advisor, Gen. Muhoozi, met President Kagame on Jan 22, 2022.

The Commander of Land Forces of the Uganda People’s Defence Forces (UPDF) held talks with Kagame on how to resolve their disputes that has affected business between the two countries and Kenya which uses Uganda to navigate through.

“Following the visit to Rwanda of Lt Gen Muhoozi Kainerugaba, Senior Presidential Adviser on Special Operations and Commander of Land Forces of the Uganda People’s Defence Forces (UPDF) on 22nd January 2022, the Government of Rwanda has taken note that there is a process to solve issues raised by Rwanda, as well as commitments made by the Government of Uganda to address remaining obstacles,” the statement reads in part.

‘The Government of Rwanda wishes to inform the public that the Gatuna border post between Rwanda and Uganda will be re-opened from 31st January 2022.”

Muhoozi has been praised by Ugandans who said that he helped resolved a three-year dispute in just five days of his visit to Rwanda.

Ugandan Journalist Daniel Lutaaya commented: Muhoozi visited Kigali 5 days ago and on return, the government of Uganda made multiple reshuffles in security. Muhoozi resolved a 3 year Diplomatic row in 5 days.

Sebunya shafiq@shaffsebunya: Muhoozi is a political and military genius.

Muhoozi is also not new to Kenyans, he is in record referring to President Uhuru Kenyatta as the best President Africa has ever had.

Muhoozi was among the dignitaries who graced the inauguration of the Inland Container Depot in Naivasha, Nakuru county, on Wednesday, January 12.

In his visit, Muhoozi did not fail to praise Kenyatta and thanked him for the good ties Uganda and Kenya enjoy. “He is intelligent, humble and extremely charming,” he tweeted.