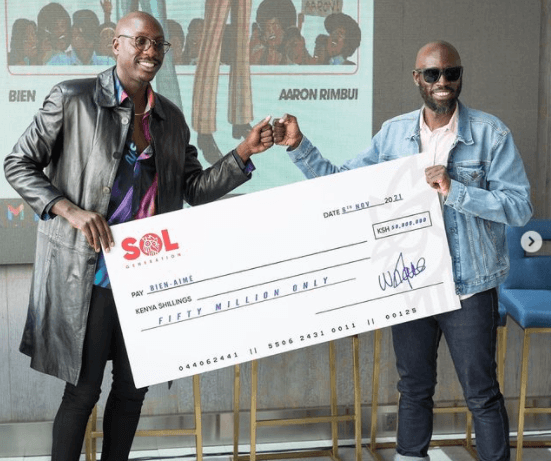 Sauti Sol Boys Band had announced that it is taking a break for each of the members to focus on solo careers.

Bien has already released a hit song dubbed Bald Men while Fancy Fingers has dropped ‘How I Met Your Mother’.

For Bien, the new deal under Sol Generation is to kickstart his solo career away from the band, which also owns the record label which has signed the likes of Bensoul and Nviiri Storyteller.

Taking to Instagram, the elated Bien announced the good news to his fans and joked about not having to get paid with exposure anymore.