Sipangwingwi! Cate Waruguru Speaks After Plan to Axe her From Parliamentary Committee 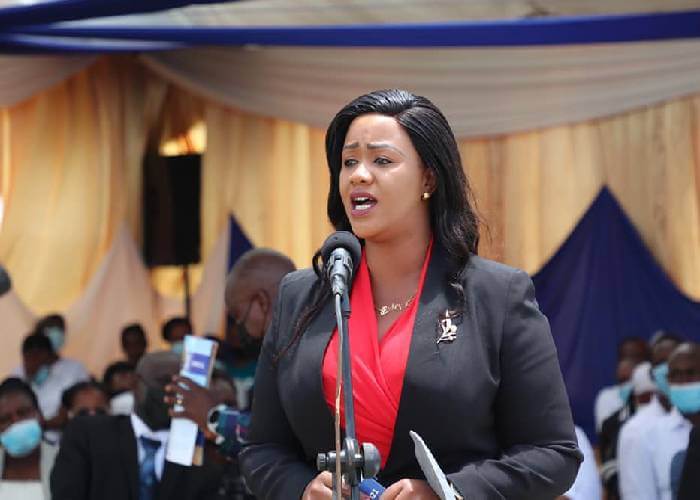 Jubilee in a letter to five MPs, asked them to explain why they should not be expelled after shifting their allegiance to United Democratic Alliance (UDA) run by DP Ruto.

National Assembly Majority Whip, Emmanuel Wangwe, revealed that the party sent show-cause letters to MPs and is waiting for their explanations on which the leadership of the party will decide either to keep or de-whip them.

“Pursuant to Standing Orders 176 (1) and 176 (2) you are here notified that Jubilee Party nominated you for the departmental Committee on Communication Information and Technology. You are hereby given seven days to respond before you are discharged from the said Committee,” the letters read in part.

Waruguru has now said that she is willing to pay the price of being in the Hustlers Nation and will not be swayed by the crackdown.

“It has come to my attention of my intended removal as the Vice-Chair of the Departmental Committee on Agriculture. If my removal is the sacrifice I’ll have to pay for being part and parcel of the Hustler Nation so be it.I have done my part which has seen significant strides,” she added.

Announcing her stand with the UDA party, she said she believes those MPs in the committee are qualifired and can do the job without her presence.

“in the sector spearheaded by the Committee.I have complete confidence in my colleagues who are equally qualified to be part of the committee. I hereby reiterate my unequivocal support for UDA and it’s ideologies.Mi Sipangwingwi,” she added.