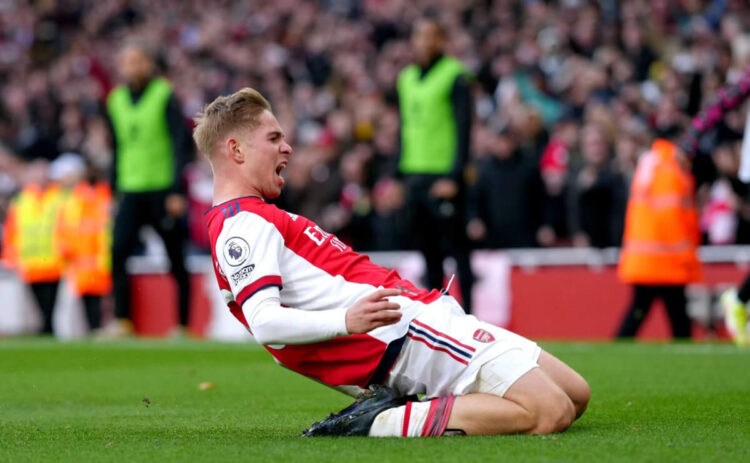 The teams treated fans with goalless half time after Aubamayang penalty was saved at 35 minute.

Smith Rowe scored a vital goal at 56th minute which makes it three consecutive Premier League games he has scored for the first time.

The Gunners took all three points after 1-0 win with Watford playing 10-men after Juraj Kucka was booked at 89th minute.

Arsenal have now climbed to number 5, one position top of Manchester United who have suffered under their boss, Ole Gunnar.

The hope of Arsenal joining the Champions League next season is now feasible and all work need to be done by the Spaniard, Mikel Arteta.