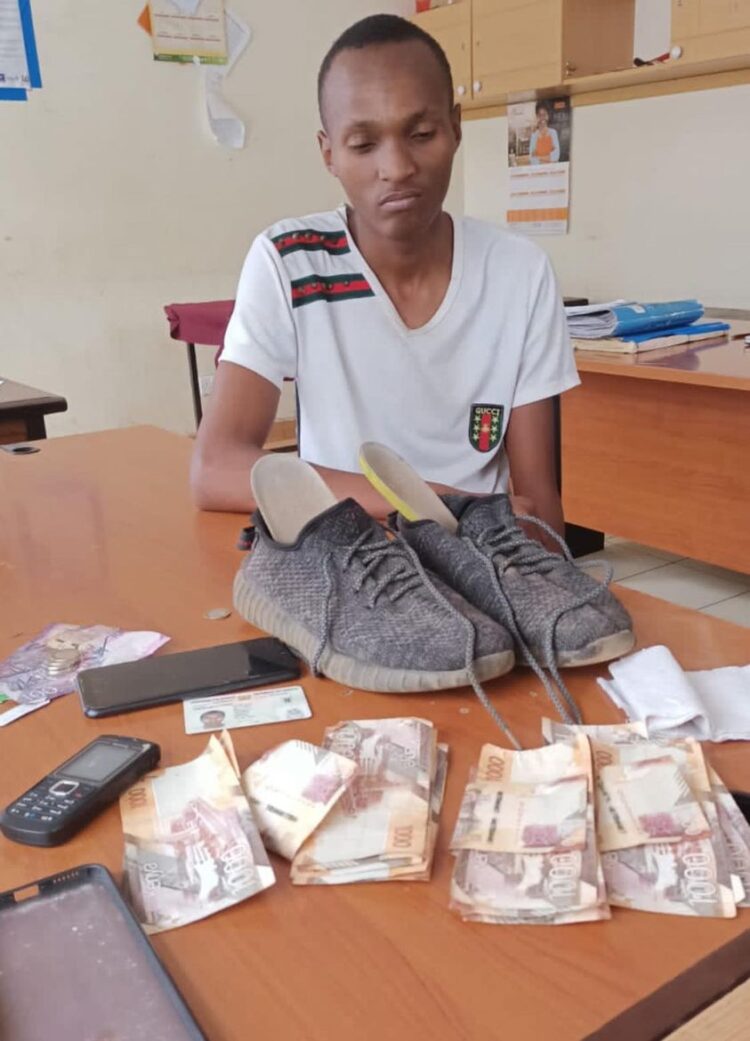 Edwin Kamau, student who kidnapped himself to scam parents.

Directorate of Criminal Investigations (DCI) has shared a story of how 23-year-old medical student at Makindu Medical Training College faked his own abduction to obtain money from the distressed parents. Edwin Kamau, who is currently in the hands of Kayole Police Station sleuths, is said to have ‘disappeared’ last Sunday before he blocked his father and called his mother claiming to have been kidnapped. He told her that his kidnappers wanted a ransom of Sh70,000, to set him free before he hanged up on her.

His distraught parents reported the matter to police officers who immediately launched a manhunt for the kidnappers. However, the calls persisted with Kamau telling his mother that his kidnappers were on the verge of eliminating him. Determined to secure the life of their son, they sent Sh10,000 yesterday via mobile money and an additional Sh40,000 today.

Immediately Kamau received the initial Sh10,000, he went to a club in Thika to irrigate his throat and make merry in the company of a babe he had met. And as fate would have it, the woman turned out to be a Pishori Admin who laced his drink with an unknown substance and stole the cash. Today after regaining control of his faculties, he called again and his parents sent a further Sh40,000 which he withdrew and secured in his shoes.

By this time, detectives had closed in on him. Upon questioning, Kamau said that he had squandered money meant for his last semester’s school fees and was wondering how he would raise money in order to sit for his exams, hence the fake story. He further disclosed that he had been ‘kidnapped’ alongside two other students whose parents had paid their ransoms. Detectives recovered Sh38,600 from the student and is now awaiting his arraignment.