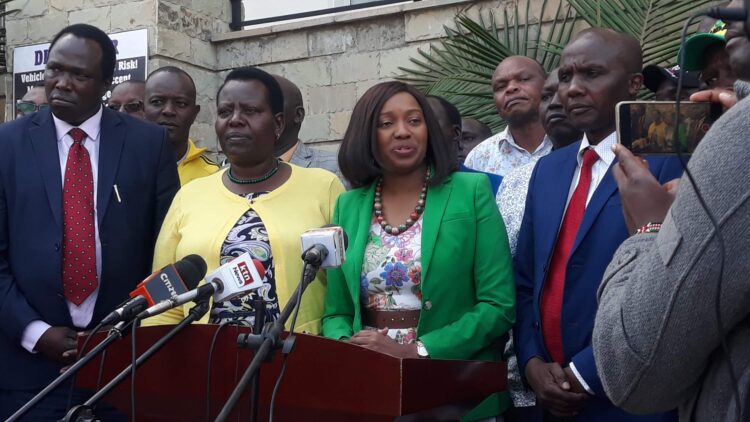 Kihika who is eyeing the Governorship position under United Democratic Alliance (UDA) Monday morning named David Kones as her deputy for Nakuru County ahead of August polls.

In a presser, she thanked over 16 candidates who showed interest in the position that prompted her to use WhatsApp in vetting them.

“We have been having about a few weeks of back and forth of interviews and vetting on very qualified candidates who had offered themselves as my running mates under the UDA and Kenya Kwanza for the gubernatorial seat of Nakuru county,” she stated in a press conference.

She added,” after going through a rigorous exercise, we have chosen David Kones as my deputy for Gubernatorial seat and as I congratulate him, I want to extend my thanks to those who came forward and were vetted for the position.

Presidential and Gubernatorial aspirants have until today midnight to name their running mates as requested by the IEBC.