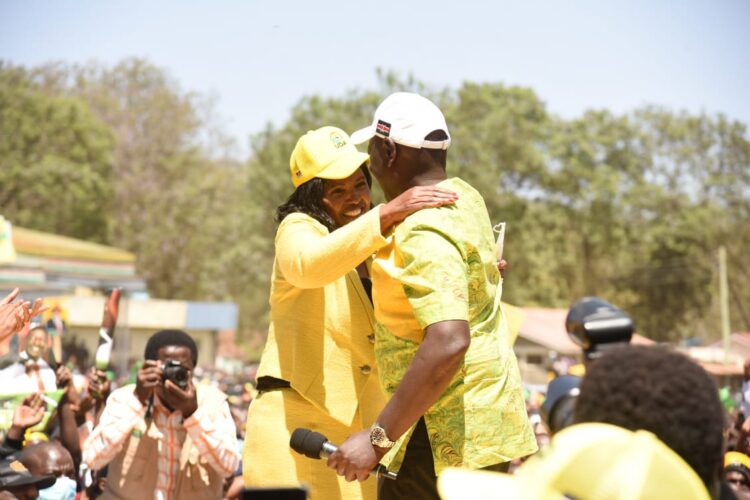 Tabitha Karanja the founder and former CEO of Keroche Breweries has joined the United Democratic Alliance (UDA). Karanja was officially welcomed at the party in Nakuru where Party Leader, Deputy President William Ruto, was having a mega rally alongside his newly-found principals, ANC’s Musalia Mudavadi and Ford Kenya’s Moses Wetangula. It is through the even that Tabitha announced that she was eyeing the Nakuru Senate seat in the August 9 General Election on the UDA ticket.

“This lady is manifest of how the bottom-up economic model works. She started a small alcoholic beverages company here in Nakuru [in 1997]. The company has now grown and is employing many people. Would you like to see her work with me, [Moses] Wetang’ula, Musalia Mudavadi, Susan Kihika, Ndindi Nyoro, [Nderitu] Gachagua, among others [in UDA]?” Deputy President, William Ruto posed to the thousands of people who attended the rally.

As though to be narrating her experience, the entrepreneur, who has had a run-in with KRA over tax disputes, said if she wins the Nakuru senate seat in August, she will ensure laws that cushion businesspeople against harassment by the State. She is seeking to succeed Susan Kihika, who will run for the Nakuru Governor seat against the incumbent Lee Kinyanjui, who is affiliated to ODM leader Raila Odinga’s Azimio la Umoja side.