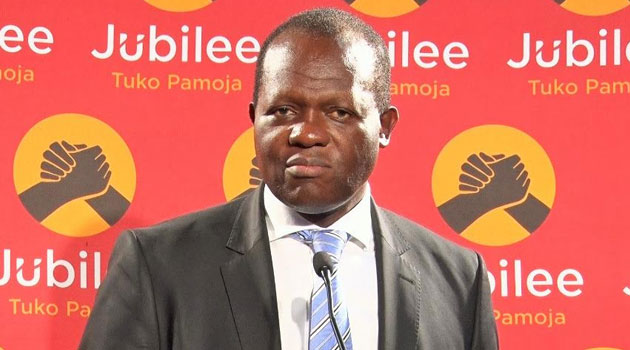 Jubilee Secretary General and Cabinet Secretary with no portfolio Raphael Tuju has announced his resignation.

Speaking during the Jubilee National Delegates Conference (NDC) at KICC, Raphael Tuju announced he is now quitting the position he has held for years.

“We have agreed with the president that he will give me other responsibilities going forward,’ Tuju said.

Explaining his agreement with the President, he said he will be overwhelmed as Sec-Gen and that is the reason for leaving the lucrative position.

“I can’t be secretary-general and also pursuing other political ambitions and doing other jobs he has given me,” he said.

Jubilee will be expected to make more announcements and plans on working with Raila Odinga’s ODM in the joint Azimio la Umoja political outfit.