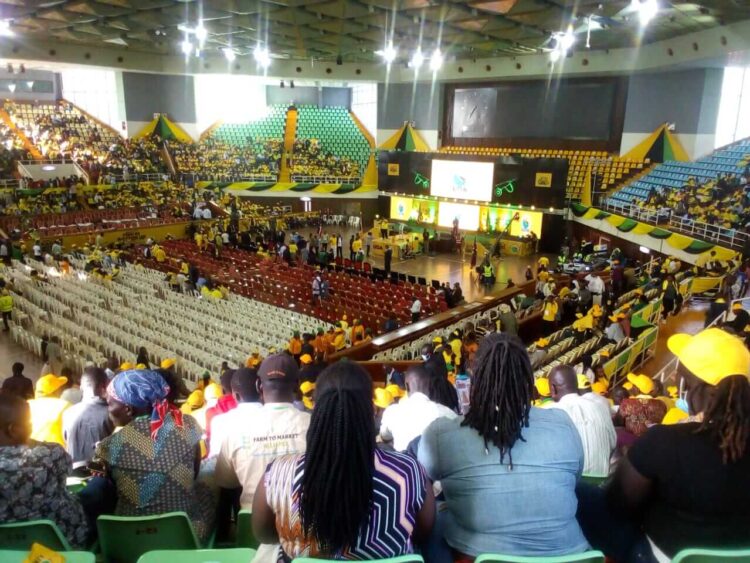 The delegates Tuesday morning unveiled DP Ruto as flagbearer after a closed door meeting at the Kasarani stadium.

The UDA NDC conference is set to be attended by over 5,000 delegates who will then support Ruto’s candidature.

This comes days after defeating two other candidates; Tracy Wanjiru and Orina Jephanei, for lack of nomination fee and papers. Nomination fee for UDA flagbearer is Ksh 1 milion.

DP Ruto will now face Azimio la Umoja’s candidate, Raila Odinga, in what has been predicted by experts as a ‘two horse race’.