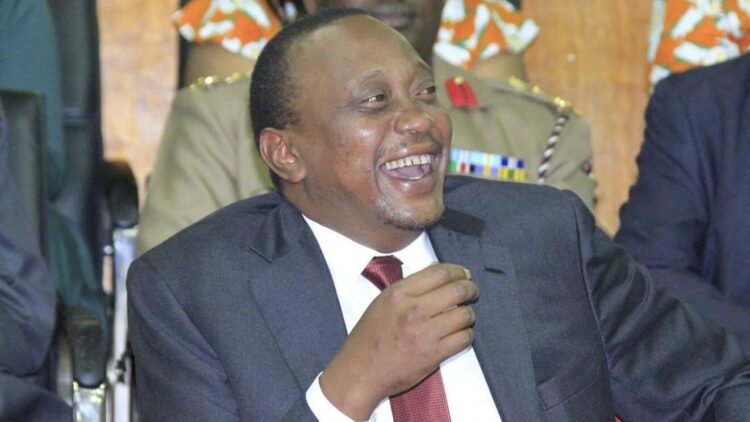 In a scene that turned into laughter, Martin Wambora was forced to apologize to President Kenyatta for forgetting a speech in Cabinet Secretary Mutahi Kagwe’s car.

Just a paragraph into his speech, he realized it was the wrong one and had to search in his bag, this time, Uhuru was in tears laughing at the Governor’s confusion.

“From the onset, ehhh, your Excellency his ni ile nilisoma kule.. (The speech is the one I read earlier.

Wambora was speaking on Monday where President Uhuru Kenyatta launched the national scale-up of the Universal Health Coverage (UHC) with a call to all to register for the National Health Insurance Fund (NHIF).

The President affirmed the Government’s commitment to spreading the benefits of UHC across the country through the development of a focused policy to accelerate its implementation.

The President was speaking at the Port Reitz sub county hospital in Mombasa where he said the Covid-19 pandemic has brought to bear the urgent need for the country to upscale implementation of the UHC.