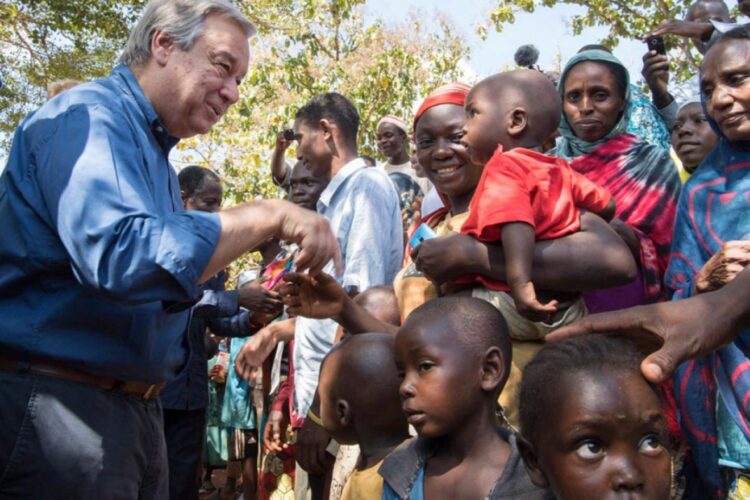 February,12, Nairobi Kenya| The UN Secretary-General, António Guterres, said this week that Africa was “a source of hope” for the world, highlighting the examples of the African Continental Free Trade Area and the Decade of Financial and Economic Inclusion for African Women. He argued that, for the last 20 years, the African Union (AU) “has helped to bring this hope to life, in order to enable the continent to realize its enormous potential.”

The UN chief in his video message address delivered for the 35th Assembly of the Heads of State and Government of the AU, that was taking place in Addis Ababa noted that “injustice is deeply embedded in global systems”, but it is Africans who “are paying the heaviest price.” He gave an example of the vaccination rate which is seven times higher in high-income countries is than in Africa and stated that “a morally bankrupt global financial system has abandoned the countries of the South.”

Because of that, Mr. Guterres said, tens of millions of people are displaced across the continent and the democratic institutions are in peril. He offered the UN’s support to ignite “four engines of recovery,” that is vaccination, reform of the financial system, green recovery, and peace. He was being represented in the Ethiopian capital, by Deputy Secretary-General, Amina Mohammed.

Read Also: Morocco Mourns the Death of Rayan, Child Who Was Trapped in Well