“We Will Deal With Electoral Disputes Squarely,” – CJ Martha Koome To Kenyans

by Enock Bett
in Politics, News
0 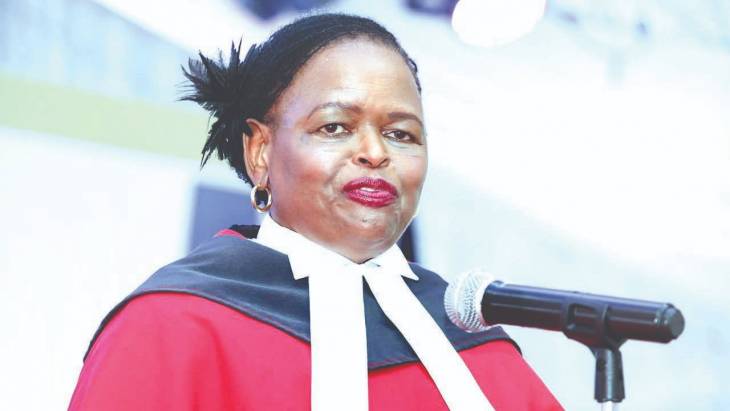 Kenya's elections trouble starts and ends with the tallying and transmission of the results. [Google Photo]

Chief Justice, Martha Koome, has assured Kenyans and the political candidates vying for various position the coming general elections that the Judiciary has assured will squarely deal with the petitions that will be filed before the courts as a result of electoral disputes and malpractices.

“In the Kenyan context, the conduct of elections and settlement of election disputes has a bearing on the stability of the State and the peaceful coexistence as a nation,” said the CJ.

Koome said the courts have a capacity to handle the cases expeditiously to reduce anxiety and ensure that justice is served to everyone. She revealed a committee had been set up in collaboration with the Kenya Judiciary Academy to train 120 judges, 480 magistrates and 400 Judicial staff.

“We’re prepared to deal with all the disputes that will come absolutely impartially, dispassionately…whatever problems they will bring to our courts, we will reduce them into constitutional and legal issues,” stated Martha Koome.

The CJ spoke on Tuesday at a forum that brought together top media personalities of the Kenya Editors’ Guild (KEG) and the leadership from the Judiciary who widely discussed several matters ahead of the forthcoming elections. Koome disclosed that the Judiciary has established a committee tasked with coming up with a work-plan geared towards ensuring efficient handling of pre and post-election disputes during the 2022 election.

The Kenya Editors’ Guild wants the Judiciary to be decisive before and after the August 9 election observing that the country’s law arm had an history of taking too long in dealing with election petitions while at the same time appearing to be compromised when cases of election malpractices come before the courts.

“As journalists, we’re keen to hear from the Judiciary on how it intends to exercise its mandate in a way that benefits the Kenyan voter, taking into account any lessons from previous elections,” KEG President, Churchill Otieno, said

“The next constant that must be admitted about elections in Kenya; the trouble starts and ends with the tallying and transmission of election results. This is the central dilemma of the Kenyan elections, and the assured standing invitation for the intervention of the Judiciary,” stated Royal Media Services Director of Strategy and Innovation, Linus Kaikai.

At the same time, the media owners and journalists have also been urged to shun election malpractices through unprofessional reporting and to decline favors from political aspirants in order to facilitate credible and fair elections.