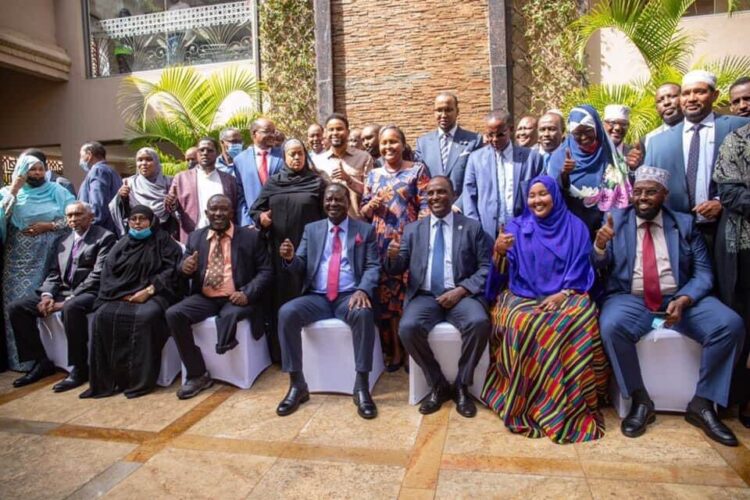 Former Prime Minister and Orange Democratic Movement (ODM) leader Raila Odinga has revealed plans to keep his Azimio la Umoja manifesto a secret for a while ahead of August polls.

Speaking at the Serena Hotel in Nairobi, Raila Odinga said his manifesto is almost done but will not be shared to the public.

““Our manifesto is almost ready but we will keep it a secret until the strategic time that we will release it because we don’t want other people to plagiarise it,” ODM leader said.

Blasting Ruto’s ‘Bottoms Up’ approach, he said that it is basically just a slogan and not an economic theory and that It has no economic basis.

Raila was popularizing his presidential bid through Azimio la Umoja and asked North Easten to join him to bring about economic change in the country.

Her also maintained that Kenya has been divided for a while and that is why he had talks with President Uhuru Kenyatta.

“Kenya was divided because of discrimination and ethnicity and it is for that reason that the President and I talked for a very long time with the intent of uniting the country,” he said.

“We don’t want anyone calling other people ‘madoadoa’ in their own country. Kenyans should be proud of their country and live as one,” he added.