We Won’t Support Anyone in Kenya’s Elections – Museveni 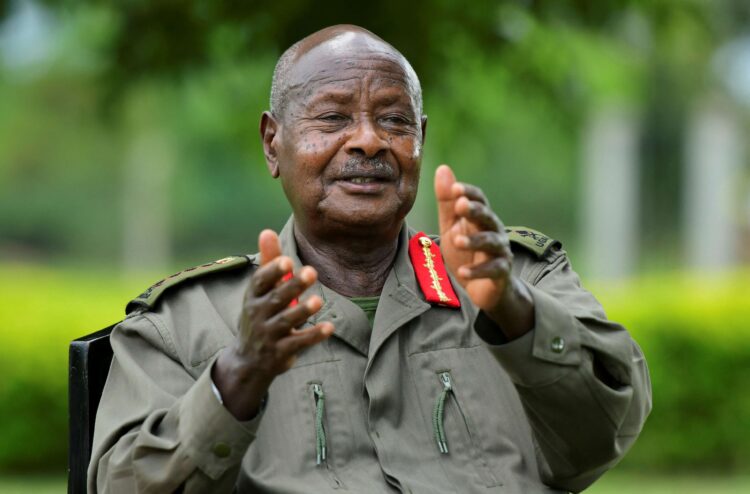 Ugandan President Yoweri Kaguta Museveni has distanced himself with any plan to endorse a presidential candidate ahead of August polls.

Speaking during an exclusive interview with the New Vision Uganda, Museveni declared that Uganda won’t interfere with affairs of another country.

“Elections in Kenya or any other African country are a matter for the people of that country,” Museveni said.

“We never take sides in the internal affairs of other countries. So, we have no side in the Kenya elections,” he added.

As this happens, there was speculation that Museveni had changed tune on supporting Deputy President William Ruto after his son Muhoozi Kainerugaba made a visit to the country.

Muhoozi was welcomed by President Uhuru and days after leaving Kenya, praised Kenyatta as the greatest President Africa has ever produced.

“My big brother, His Excellency President Uhuru Kenyatta, is one of the greatest Presidents Africa has ever had. He is intelligent, humble and extremely charming. Long live President Uhuru,” he tweeted.

Museveni and DP Ruto have had a good relationship and last year, the second in command was invited to Uganda during the laying down of vaccine factory by the head of state.

Last year also, DP Ruto was barred from flying to Uganda alongside his allies and Turkish businessman withthe government citing lack of clearance from the office of the President.