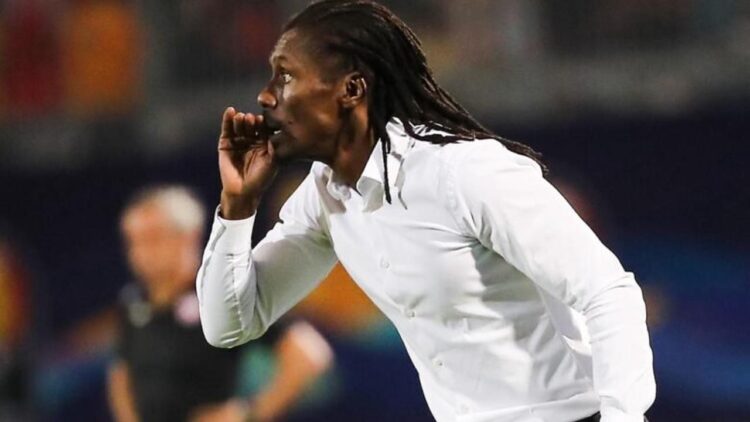 Born in Senegal,Cisse began his career after moving to Paris at the age of nine with big dreams of playing for Paris Saint-Germain (PSG).

He started off in Lile, then CS Sedan Ardennes and later PSG. He was later loaned to Montpellier Herault.

His star started shining in Africa during the 2002 finals when he was captaining for Senegal and later FIFA world cup quarter finals the same year.

Cisse lost the 2002 finals as Senegal captain but his team also stamped their authority in FIFA world cup by going a milestone to the quarter finals.

Cisse missed a penalty shootout and Cameroon won the tournament.

In 2015, he took over the leadership of Senegal national team having played a role of caretaker back in 2012 after the coach at that time was sacked.

He led Senegal to World Cup in 2018 but was later knocked out of the group stage after tying with South Africa.

In 2019, his worst nightmare was leading team Senegal to the AFCON finals and not winning. This time around, as a coach.

Senegal was defeated 1–0 in the final by Algeria, after losing by the same score in the group stage, and missed out on its first ever African trophy.

Cisse’ contract was extended in February 2019 and was expected to end in 2021.

In 2022, Cisse has led Senegal to win the AFCON tournament for the first time ever.