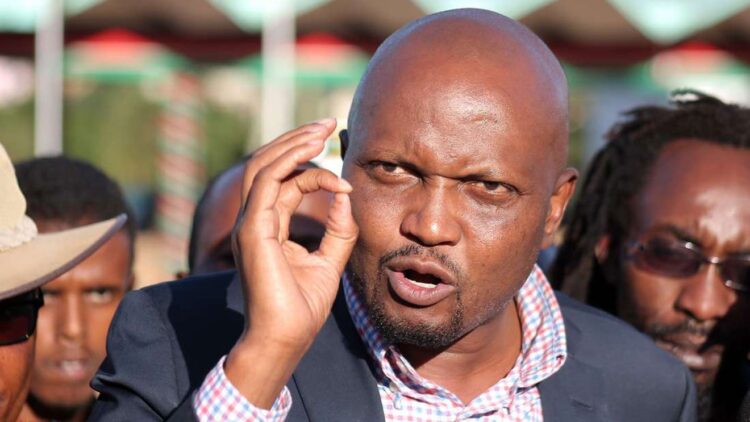 Gatundu South MP Moses Kuria has sent out a fire post on his Facebook page targeting Raila Odinga’s Azimio la Umoja movement. Kuria posted on Wednesday that Azimio was a bad idea whose fate would be hell. This comes even as speculations were going around that Kuria could join the movement.

“Azimio is a bad idea, fronted by the wrong people, for all the wrong reasons. Its fate is Jehanum and Judgement Day is here,” Kuria said.

Kuria, who is recovering abroad after he suffered third-degree burns when his Sh250,000 electric blanket burned his feet, has also announced that he will hold a thanksgiving rally in Thika on February 19. He is expected to give his political plan and the direction his party will take during the much-awaited elections. He had earlier stated that he would not run for any elective seat this year.

Kuria is the leader of Chama Cha Kazi and has been a known supporter of Deputy President William Ruto. The recent agreement between UDA, ANC, and Ford-Kenya might give him a better opportunity to negotiate for his party too.